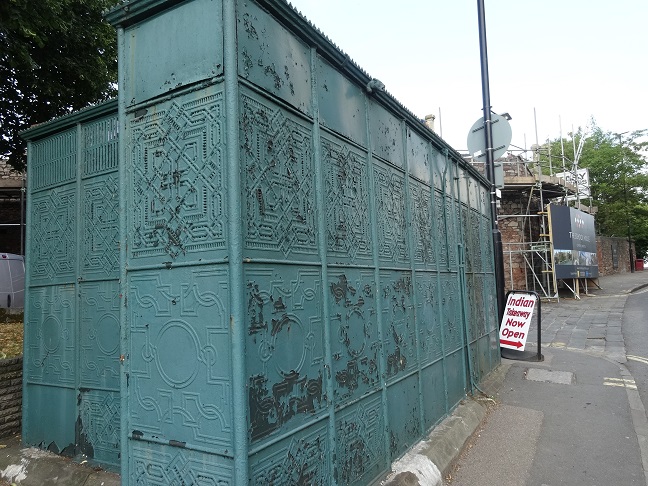 A rare Victorian public urinal has been listed by English Heritage for its “special historical interest”. The Grade II public convenience, at the top of Whiteladies Road, in Clifton, is still in use and was built by Glasgow-based W.MacFarlane in the 1880s. The same company who made the drinking fountain by the Suspension Bridge.
English Heritage said these “often humble structures” were “important to the streetscene of our cities”. Bristol City Council, which owns the cast-iron urinal, said it “remained very well used and appreciated”.
An English Heritage spokesman said: “Historic elements of the public realm, including street furniture and public facilities, are particularly vulnerable to damage, alteration and removal and where they survive well, they will in some cases be given serious consideration for designation.”
The nearest other one is in the SS Great Britain dockyard. Two other similar structures were listed in Bristol in 1977 on Horfield Common and Mina Road Park.