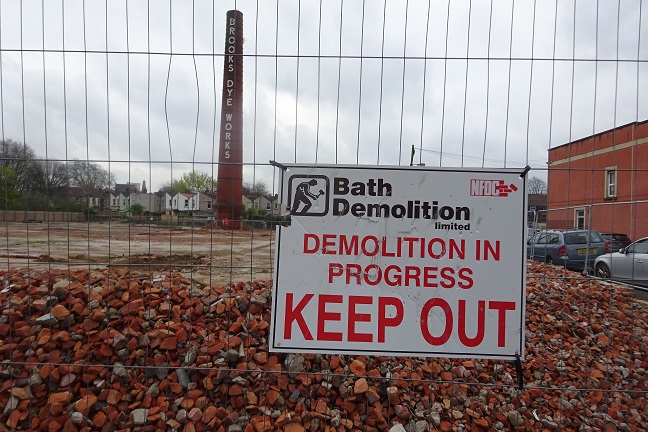 17/06049/M Approval of Reserved Matters sought for appearance, layout, scale and landscaping following the grant of Outline planning permission ref 17/03213/X and 15/06475 relating to the redevelopment of former commercial laundry site to provide up to 105 residential units (104 units proposed), commercial/community space (B1/D1), enlargement of Mina Road Park and associate infrastructure improvements (Major Application). Land And Building Ashley Grove Road Bristol is now to retain the landmark, historic chimney which stands at approximately 39m high, (12-13 domestic storeys). The chimney will form part of the public art strategy and sit within the landscaped public realm. The smaller chimney behind Morley Street will also be retained. Given the industrial legacy of the site and a familiar historic feature in St Werburghs, the Chimney should stay to maintain the character, culture and landscape of St.Werburghs. The proposal is to add lighting to the chimney. The chimney has existing metal rings, which become more frequent as the chimney rises and becomes narrower, this provides a pattern/rhythm to be exploited and incorporated into the final artwork. The outline proposal is to add a circle of centrally controlled LED lights at each of these rings in a suitable cowl that would project all their light onto the surface of the brick structure. As it was a Dye Works, the colour changing element is an apposite reflection of the sites previous life. The Residents support group want the Brooks Dye Works lettering to remain in place.