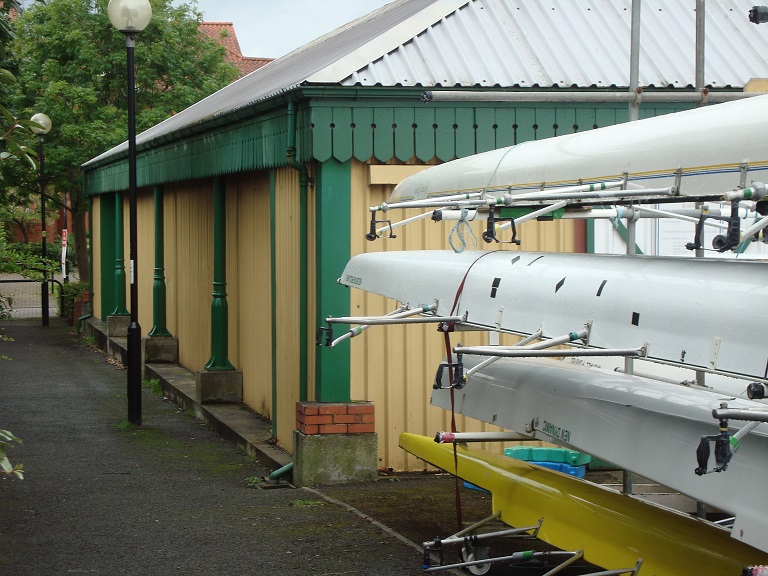 Objection: The existing boat shed is historic and should be retained. A member of the Bristol Industrial Archaeological Society states that the boathouse was the former Hotwells Landing stage waiting room (a photograph can be seen in “The Floating Harbour” by Andy King on page 35. The boat house has distinctive cast iron supporting pillars and decorative wooden roof boards and since someone took the trouble to move this building as it was worth conserving, the current application should do the same

9 September 2013: Granted with condition: Overall, although the boat shed has a traditional character its only historic features are the cast iron pillars that are visible from the public footpath with the other construction materials being relatively contemporary. The structure is therefore not concluded to be of special merit although it would be positive if the historic pillars were retained within the harbourside. The applicant has confirmed that it would be possible to retain the cast iron pillars for future re-use. Demolition of the structure is concluded to be acceptable and would not harm the character and appearance of this part of the City Docks Conservation Area.